5 Foods People With RA Should Avoid in Their Diet

According to the American College of Rheumatology (ACR), rheumatoid arthritis (RA) is the most common type of autoimmune arthritis, affecting more than 1.3 million Americans. It is caused when the immune system (the body’s defense system) is not working properly.

Symptoms for rheumatoid arthritis may include:

Fatigue, fever, and weight lossJoint stiffness that is usually worse in the mornings and after inactivityTender, warm, swollen joints

Early rheumatoid arthritis typically affects smaller joints first — including the joints that attach your fingers to your hands and your toes to your feet.

Over time, rheumatoid arthritis symptoms may spread to the following joints and occur on both sides of your body:

There are many new drugs, even surgery, to treat rheumatoid arthritis, but don't ignore the simpler ways of reducing RA pain, like lifestyle measures (rest and exercise) and a healthy diet. Though the scientific research surrounding an RA diet and rheumatoid arthritis is still inconclusive, many highly trained doctors recommend avoiding certain foods to see if this helps your joint inflammation and pain.

For example, a diet rich in fruits and vegetables and low in saturated fats may help some with their rheumatoid arthritis symptoms. Because the fats in meat are more easily metabolized into pro-inflammatory chemicals in the body, some RA patients find that changing to a plant-based diet, including soy, helps to ease symptoms.

A study published in October 2017 in the journal Lipids in Health and Diseaseconcluded that supplementation with polyunsaturated fatty acids may represent a promising option to improve RA symptoms, including:

"As of now, there is no agreed-upon diet for rheumatoid arthritis, but there are some people who do seem to have food sensitivities," says Clement Michet Jr., MD, a rheumatologist and professor at Mayo Clinic in Rochester, Minnesota. Patients may have different tolerances for various foods, so it's not possible to recommend a single diet across the board. But here are five foods commonly reported to aggravate arthritis symptoms.

Eat and Drink Less Dairy on a Diet for Rheumatoid Arthritis 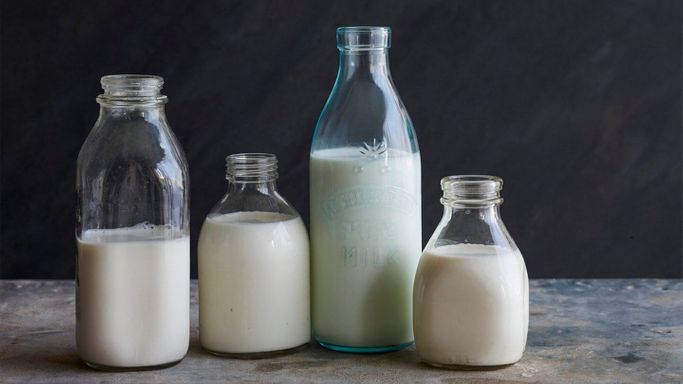 Rheumatoid arthritis symptoms may flare in response to specific proteins found in dairy products. Some people with rheumatoid arthritis who report intolerance to milk have antibodies to milk proteins, Dr. Michet says. The body forms these antibodies to protect itself from what it mistakenly perceives as a harmful substance, but the antibodies attack other parts of the body in addition to the milk. Cut dairy products from your diet to see if that reduces your RA symptoms.

"Try rice, cashew, or almond milk as anti-inflammatory alternatives," says Ulka Agarwal, MD, a staff psychiatrist at George Washington University in Washington, DC, who advocates a vegan diet. Milk may be a food to avoid with arthritis to see if it helps with RA pain.

6 Foods to Avoid During Menopause